Rite of passage: Vérité takes its place alongside the world's first growths

There’s a she-bear stealing grapes from one of Jackson Family Wines’ Sonoma properties and I thought – for a moment - I’d use it as an intro for the Decanter feature I’m writing on JFW’s CEO, Barbara Banke. Something along the lines of, ‘Banke gives it a wide berth, and I’m sure the feeling’s mutual – it would take a brave bear to tangle with the formidable etc etc.’ A bit glib, of course... 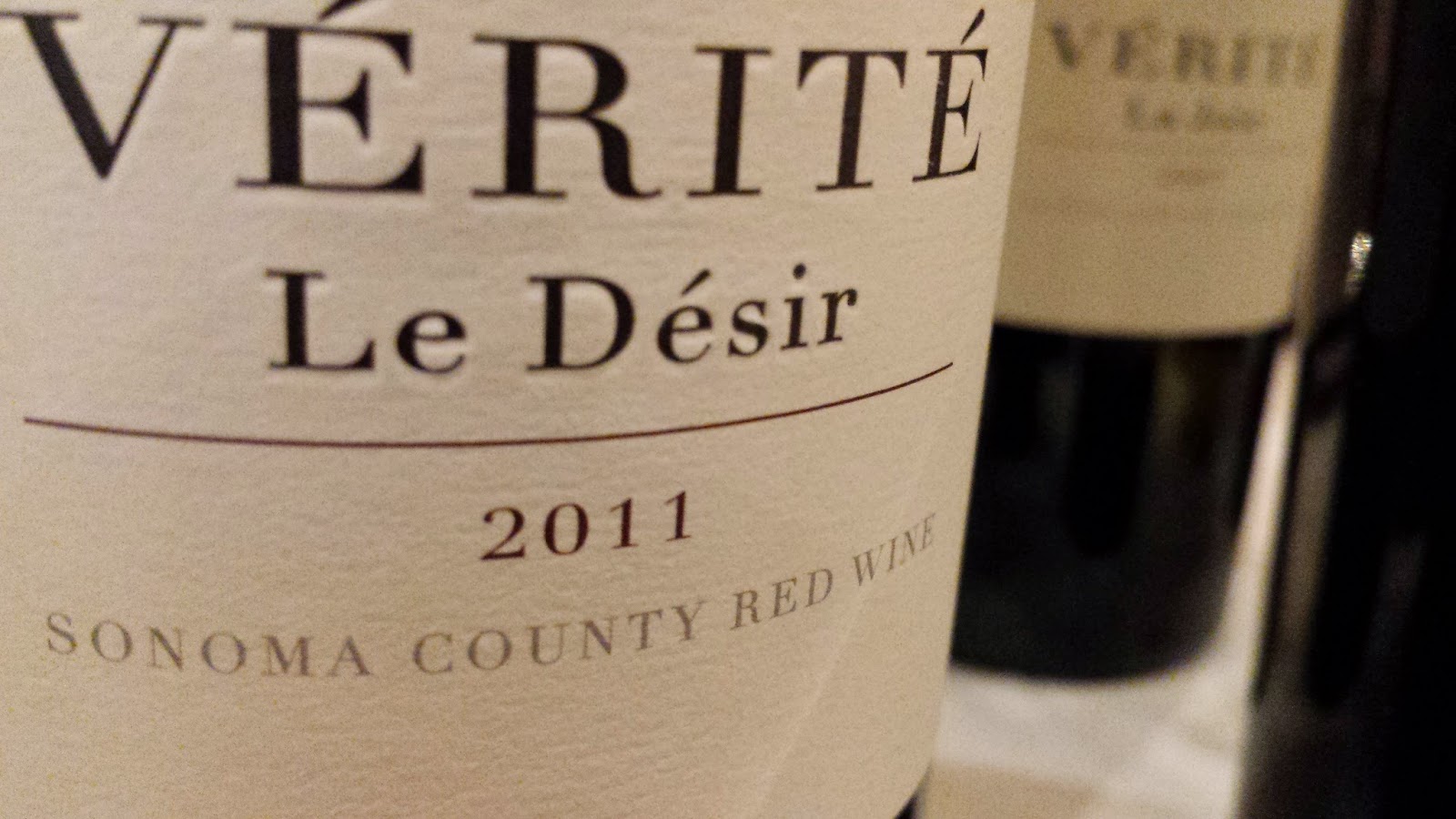 Banke may be modest (the family/corporate pic on the website has her diminutive and smiling in the second row; if you didn't know her you might take her for a loyal and valued senior staffer) but formidable she certainly is. Since her husband Jess Jackson died in April 2011 she has increased JFW’s holdings to the tune of 14 new estates (from Oregon to McLaren Vale), spending some US$100m a year for the past three years. If JFW was a force in California three years ago, it is now well on the way to international First Growth cachet.

This is a deliberate and planned policy, as evidenced by the latest tasting of the company’s flagship wines, Lokoya, Cardinale and – at the very top of the pyramid – Vérité.

Banke, often accompanied by one of her daughters, both of whom are deeply involved in the family company, has been coming over to London every autumn for the past few years to show the latest vintage of these wines, which are made in small quantities from the premium vineyards of Napa and Sonoma. Lokoya is 100% Cabernet Sauvignon, made by Chris Carpenter from the four great high-altitude appellations of Napa: Mount Veeder, Spring Mountain, Diamond Mountain and Howell Mountain. Cardinale, also by Carpenter, is a Cabernet-Merlot from Oakville.

Vérité was born in 1998 when Jess Jackson suggested to the French winemaker Pierre Seillan (originally from the Loire but with a Bordeaux pedigree) that he could make a wine from Sonoma ‘as good as Petrus’. Ninety-eight was cool and ‘Bordeaux-like,’ Banke says. ‘It rained all the time’ and the wine (which I haven’t tasted) is ‘ageing very well’.


There are now three Vérité wines based on some or all of the five Bordeaux grapes, sourced from the Sonoma appellations Alexander Valley, Bennett Valley, Knights Valley and Chalk Hill. According to Jackson’s – and Seillan’s – vision, each wine aims to evoke a different Bordeaux terroir. The Merlot-based La Muse is inspired by Pomerol; Le Desir, Cabernet Franc, is St Emilion (Cheval Blanc is frequently mentioned at tastings), while the Cabernet Sauvignon-based La Joie takes Pauillac as its benchmark.

They don’t slavishly ape Bordeaux (I always think American winemakers must get sick of the constant referencing). ‘Of course not. These are California wines,’ Banke says.

This year’s tasting marked a coming-of-age for the wines. In a low-key fashion, without much noise, Banke and her right-hand man Nick Bevan put together a splendid line up of international icons, including Lafite 2001, Tenuta dell’Ornellaia 2004 and Mouton 2004, for a comparative tasting.

Pitting your wine, blind or otherwise, against the established greats is something of a rite of passage for new world wineries aspiring to first growth status. Eduardo Chadwick does it to great effect with his well-known Berlin Tasting series, and every year there's any number of Judgment of Paris lookalikes.

This was an eccentric exercise in a way –  we tasted Grange 2007 and Pingus 2007 against Cardinale 2007 – that is, a Shiraz and a Tempranillo and a Cabernet. It wasn’t done blind: ‘The idea wasn’t to do a Judgement of Paris,’ Bevan said. ‘But to show that our wines can genuinely hold their own alongside the first growths of the world.’

And hold their own they did. However great the company (the Lafite 01 was effortlessly poised)  they were never eclipsed, and in some cases they sang – I was particularly impressed by how the Cardinale showed against Grange and the overoaked Pingus.

For what it's worth, Robert Parker, and latterly Antonio Galloni, love these wines. Parker has handed out seven 100-point scores to Vérité since 1998.

I love tasting the 2011s, a famously cool and difficult vintage. I was in Oakville, at Opus One, and Screaming Eagle, in October of that year. Those winemakers who celebrate restraint were pleased with the quality (if not the quantity) – Michael Silacci at Opus was particularly excited. But it was an incredibly difficult year, with producers losing row after row to botrytis; no one was complacent about it.

Lokoya Mt Veeder 2011
14.5%
Cabernet Sauvignon
Carpenter calls Mount Veeder ‘the beast’. Quite undemonstrative nose, tarry, then on palate really powerful tannic edge, intensely dry, powerful with concentrated dark fruit slowly gathering itself to push through the tannin. This will evolve, the tannins will calm, the fruit will sweeten. Good length 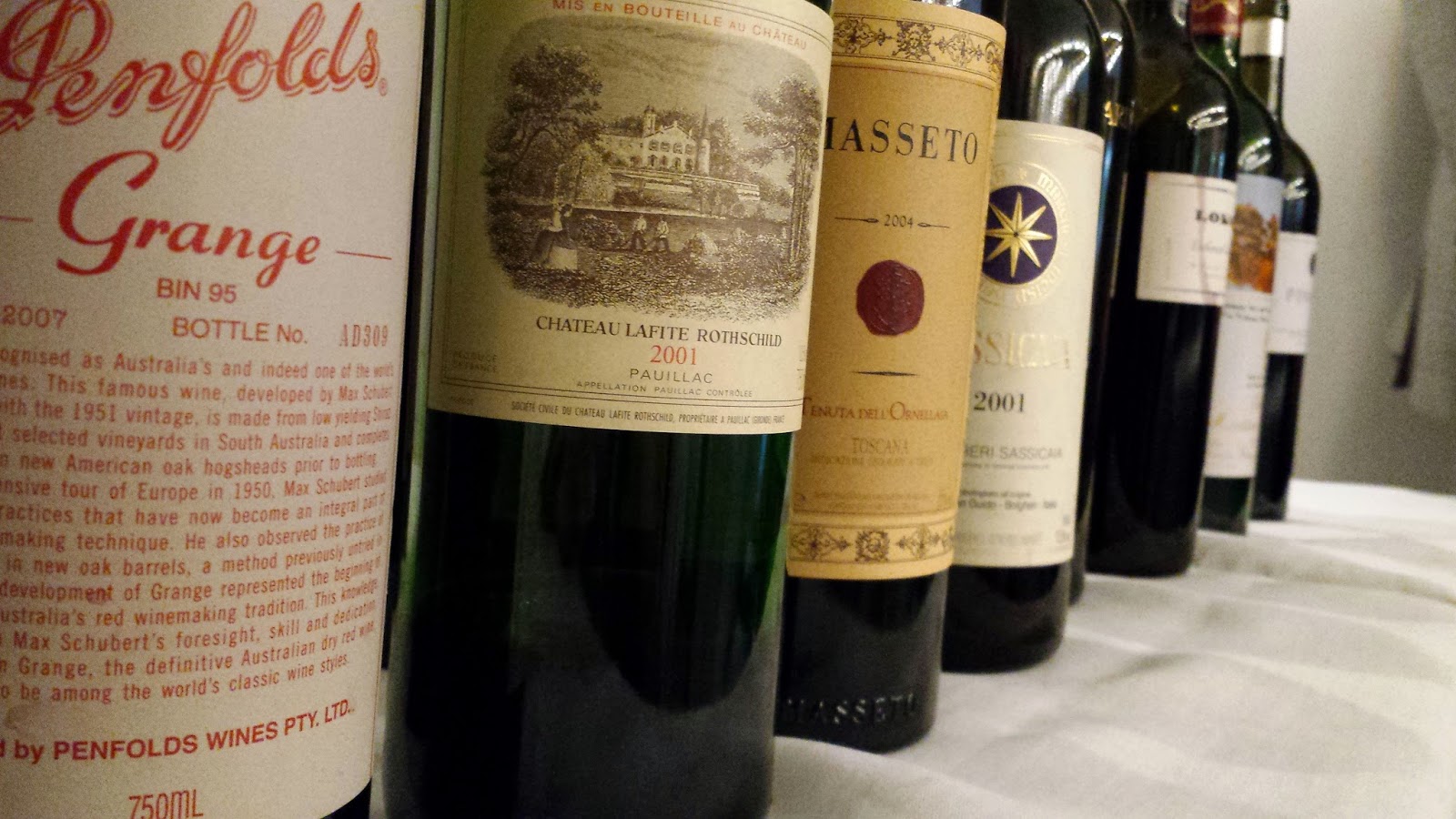 Chateau Mouton-Rothschild 2004
Wonderful evocative perfumed nose, lots of elegant earthy notes, tannins in a lower key, there’s perfume and grip but the juice is restrained, holding back now, leading to dryness at finish, charming but lacking in punch

Dominio de Pingus 2007, Ribera del Duero
Slightly closed nose. Sinewy, chewy tannins almost swamping sweet blackberry fruit, which comes through with graphite, and smoky damson. I find the oak – 23 months new French - drying and over-powerful and I fear the tannins are not going to get any sweeter.

Chateau Lafite-Rothschild 2001
Sweet and wonderfully juicy from the beginning – poised and precise, fine-grained tannins, acidity and oak beautifully integrated, dark plummy fruit concentrated and intense. Effortless finesse, standing out even in this company as quite masterful.

In addition, the following wines were tasting at AWC, London, 6 October 2014

Vérité La Muse 2007, Sonoma County
Toasted oak on nose, meaty and savoury notes hint of very ripe redcurrant, even tending to jam. Palate with powerful tannins, ripe, fresh acidity carries through to finish, though there seems a slight disjoing in the integration of acidity, tannin and oak. Lovely length, and as wine opens in glass any angularity softens.

Vérité Le Desir 2007, Sonoma County
Wonderfully savoury, tarry nose, then bright, fresh tannin and acidity on palate. Fresh and dense, opening out to juice and sweetness of blackberry and blackcurrant fruit, integrated oak and acidity and leading into a pure, concentrated finish. magnificent