"Everything I write seems to come true" - TC Boyle on tranquillity, savagery, and COVID-19


T Coraghessan Boyle is one of America’s most prolific and acclaimed writers. Now in his early 70s, he has written 17 novels and more than 100 short stories. Many of them, like his 2000 story After the Plague, are of an apocalyptic nature. "Everything I write seems to come true," he told me. In Jubilation, for example, residents of a gated community have to don protective gear when it’s afflicted with various infestations. "It was Vicki, dressed like a beekeeper…'Christ,' I said… 'Is this what we’re going to have to start wearing now?'" 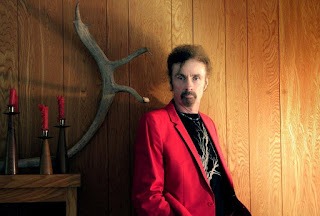 He lives in Santa Barbara, California, with his wife Karen, a college sweetheart (Boyle has said he "must be the only American writer of my generation who has had only one wife"). The couple have three grown-up children, one of whom was just about to qualify as a doctor when we spoke. "So I have the best in-house medical care." He says he's most at risk from Coronavirus not only because of his age but because he's a pessimist. One aspect of this singular man is that you never quite know when he's joking.

TC Boyle has just finished his latest (as-yet-untitled) novel, and a short story about COVID-19.

What’s the new novel about? I don’t even know its title…
The title is not decided. It was originally called The Familiar but my agent thinks people won’t know what a familiar is so the title may change. It’s set in the 1970s and early 80s and it’s about trying to teach apes how to speak.

Humans and animals – that’s always been your territory, hasn’t it?
Oh yes it has. It goes all the way back to my very first book, Descent of Man when I was still a student. That was when I first discovered we were trying to teach apes language. I have been fascinated throughout my life about our place in nature as another animal species, and I keep revolving these questions over and over: what is the difference between us and the other animals? Is there a soul? The basic question is, What are we doing here, and what does it all mean? When I finally get an answer I can stop writing and you’ll be the first to hear. But in reality there is no answer, nothing but the lack of God, and hopelessness, and I try to address that. A lot of writers want to make the reader feel better – I want to make them feel a whole lot worse – that’s my goal.

I know it’s been said before but the COVID-19 pandemic could be one of your stories
In 2000 I wrote After the Plague [its opening lines are: “After the plague – it was some sort of Ebola mutation passed from hand to hand and nose to nose like the common cold – life was different. More relaxed and expansive, more natural. The rat race was over, the freeways were clear all the way to Sacramento.”] It was far more lethal of course; it [the story] is blackly and joyously hilarious, as is the new story.

Tell us about the new story
It’s called The Thirteenth Day and it’s about COVID-19. I wrote it in its moment: I finished a week ago. It took me two or three weeks to write, in the early stages of the pandemic. It’s a kind of absurdist comedy but with this blackness underlying it, about a ship that visits with a bunch of tourists on it. I don’t know when or where it will be published. It could be months and months from now.

You’re in Santa Barbara, the heart of wine country; I hear you only drink the local wines, is that right?
For the most part. Many of my friends are foodies and oenophiles and I really appreciate going out with them, and investigating their wine cellars. We’re just over the hill from the Santa Ynez Valley; I’ve explored the local wines and I am very content with them. I’m drinking Pinot Noir at the moment: we have Cambria and Byron and Foley and Meiomi, all of which I like very much.

Did you see Sideways [the 2004 film set in Santa Ynez Valley]?
It’s hilarious and brilliant and I love it – I’ve rarely had Merlot since! The evolution of drinking wine in my household took a while. When we were young we didn’t know anything about it. Every year we had a Superbowl party and people brought beer -then one year everyone brought wine, and no more beer…Then ten or 12 years ago I broke my leg in a freak accident and I had to be confined for a bit. At that point I decided, Now you’re mature maybe you should drink mature wine, so I switched to red and I’ve never had white wine since.

Do you ever think about winemaking as an art?
Not really. I do know some winemakers – that’s inevitable out here in California – but the artistry of wine is not my chief concern in life. I enjoy a glass of wine and I give all praise to the winemaker in his beneficence but beyond that I’m not overly concerned. I’m not really a gourmet; I love fine dining, but unlike some of my friends I’m not obsessed with it. I feel the same way about wine: I’m glad it’s there, if I like it I will buy a case, and I’ll buy another case when that’s done.

I get the feeling that part of you is enjoying the tranquillity of lockdown?
Last night I was out in the yard and there was absolutely no human sound – only the tree frogs. I couldn’t hear the railroad or the freeway. It was kind of magical. Of course the infection is more difficult and more worrying in cities –  but here, I’m leading the kind of life I want to. I read books, I make a fire, I watch a movie on Netflix. I prepare a meal, hike in the woods. I’m very gregarious so I miss communication, but other than that it seems like a respite. For most Americans and I’m sure the British too, we don’t have a lot of time for contemplation in our lives. We are pedal to the metal all the time – and now we can now kick back and think about life.

Do you have a sense of vindication – “I told you so” – that life is imitating your art?
Not vindication, just a kind of grinding superstitious fear. Everything I write seems to come true.

You’re often described as being very detached, relishing the awful situations you put your characters in. Is a part of you now observing your fellow humans with equal detachment?
I am a large-hearted and compassionate man, a lover of nature and my fellow human beings. Art is my outlet. The beauty of writing fiction is that the writer becomes the God of his own universe.

When we first spoke [in the second half of March] you seemed remarkably sanguine. How do you feel now?
My level of worry is off the charts. I am in the highest risk group, not simply because of my age, but because I am a pessimist.

Isn’t it the pessimists and the realists who are best equipped to survive?
To say that, my dear fellow, you must be an optimist.


I read somewhere that Coraghessan is an invented name – is that right? Where did it come from?
Don't believe everything you read.