Of all the wine regions of the world, the Yamanashi prefecture of Japan has to be one of the least-known. Cosmopolitan consumers may be on nodding terms with Chinese Cabernet Sauvignon, happily open southern English sparkling, and are familiar with wines from Turkey, Georgia or Moldova, but there aren't that many who have tasted Koshu of Japan.

Koshu – a large, pink, thick-skinned and fragrant grape – has been grown as a table grape in Japan for a thousand years, but only in the last century has it been vinified. And only since 2010 has it been officially recognised by the EU as wine grape and thus allowed into Europe.

The efficient trade organisation Koshu of Japan, a grouping of 15 wine producers, was set up in 2009 by Shigekazu Misawa, managing director of Grace Wine, one of the most internationally-recognised producers. Koshu for wine is produced primarily in high vineyards in Yamanashi province, at the foot of the 3000m Mount Fuji. About 300ha is planted, the majority Koshu but a fair amount of international varietals as well. Grace Wine, for example, has four hectares of Koshu and 9ha of Bordeaux varietals and other grapes. It produces a US$100 Chardonnay which sells well in Australia, the winemaker (and owner’s daughter), the Bordeaux-educated and internationally-trained Ayana Misawa says.

KOJ’s aim is straightforward: to increase awareness of Koshu in international markets – and, according to Misawa, to increase plantings to 3000ha within 10 years. Judging by the latest packed London tasting and standing-room-only seminar, with the eminent Gerard Basset MW MS OBE on the panel, it is succeeding in the first aim. Jancis Robinson MW OBE is a keen supporter, praising the wines’ ‘delicacy, purity and limpidity’. 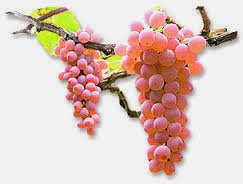 Koshu is an intriguing grape, producing wines that are both delicate and aromatic but with a certain food-friendly robustness. At their best the wines’ high acidity is contrasted by white flower and lychee aromatics – which can sometimes slip over into Turkish delight and parma violets – and a tart, tannic finish. Some examples are aged sur lie, giving them exotic yeasty notes reminiscent of sake.

Steve Daniel of distributor Novum Wines lists five wines from Grace and places them both in the restaurant market and in independents, and top outlets like Selfridges. ‘They are my kind of wine,’ he says. ‘Ethereal, esoteric, with that tense minerality that reminds me of Santorini, or Etna – you can taste the volcano.’ While most exponents say the finest match is with sushi, some, like Roger Jones at the Michelin-starred UK restaurant the Harrow at Little Bedwyn, insist they go well with British food.

Koshu has many fans. Selfridges wine and spirits buyer Dawn Davies reports healthy sales of two wines from Grace, despite prices of around £20 (€24), and Marks & Spencer’s Emma Dawson is taking the Sol Lucet from Kurambon winery, slightly cheaper at £12.99 (€15.60). Sweden’s Systembolaget is interested too, its buyer Johan Larsson telling Meininger’s he has snapped up 3000 bottles of Grace’s Private Reserve. He feels it offers a point of difference - ‘Koshu is not your average Sauvignon Blanc or Chardonnay. It gives personality; it’s something to write about’ – and also notes that Sweden is the biggest consumer of sushi outside Japan.

Koshu fits nicely with the latest trends in white wine consumption – for lower alcohol (Koshus seldom come in at more than 12%), for aromatics, for freshness – and a general interest in esoteric, unusual wines. There’s also a craze for all things Japanese, Davies says, pointing to the popularity of the 20-odd sakes and Japanese whiskies she lists.

Koshu’s rise has been swift, and it’s not difficult to find sceptics. The Daily Mail’s Matthew Jukes, who consults for upmarket London restaurant Bibendum (no relation to the importer of the same name), balks at what he describes succinctly as ‘nose-bleed’ prices.

On a restaurant wine list, prices would get out of hand, he says. ‘Most of the still Koshus will be £85 (€102) on an average list,’ he told Meininger’s. ‘Only white Burgundy and a handful of other world classic white wines are more expensive on my Bibendum list for example. The sparklers will be around the £129 (€155) mark, which is the same price as NV Billecart-Salmon Grand Cru Blanc de Blancs and NV Gosset Grande Réserve for example and more expensive than every other NV Champagne.’

Prices aren’t his only problem: he also considers most Koshu ‘dilute’. Another respected London-based journalist, Margaret Rand, said, 'They're perfectly pleasant, and they get a bit better year by year, but the world is awash with white wines of far more character. There's a certain amount of hype about Koshu, and it's honestly not justified.’


There are many wines which polarise opinion, but few which give rise to such heated debate. Koshu’s fans reckon its detractors confuse subtlety for dilution, its critics say it’s a case of the emperor’s new clothes. The arguments will continue, but there is no doubt that the wines will continue to intrigue.

Grace Kayagatake 2013
11.5%
Aromatics, blind, would put you in mind of a very fresh and delicate Marlborough Sauvignon Blanc. Quite sharp acidity on the tongue, very fresh and almost dense quality to the fruit – lime and ripe kiwi, almost earthy
£17.00 thesampler

Sol Lucet Koshu 2011
11.7%
Notes of brioche on the nose and yeast on the palate. Bone dry on the attack then very gentle waves of fruit – lemongrass and lime – mitigate the dryness.  Finish is almost juicy. Again – sushi!
Exel wines; winedirect.co.uk; Hedonism