An evening with Pingus at Roberson

Roberson, the West London wine merchant, runs some of the best tastings in London under the auspices of the talented Mark Andrew. A testament to the tastings’ popularity is the kind of people Andrew attracts. Neal Martin is always there, Jancis Robinson often, Michael Broadbent, Steven Spurrier, Julia Harding… all make the longish trek down Kensington High Street for the informal meetings in the room under the well-stocked shop. They’re idiosyncratic as well – there’s hardly any attempt to sell the wine (indeed, a note at the bottom of the tasting notes usually says ‘Price is indicative only as we have no stock’).

Last night they were showing Ribera del Duero’s Pingus, the most famous winery in Spain, and the most expensive. I was disappointed at first that the owner Peter Sisseck wasn’t there (I’d seen him earlier this week at a Taransaud seminar at Vintners Hall) but Andrew is a fluent and sharply informed and the wines (to me at least) need a lot of discussion which wouldn’t have been nearly so frank if Sisseck had been there. 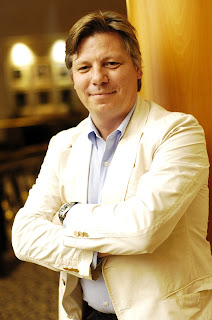 Pingus is world-renowned as one of the most celebrated micro-cuvees of Spain, lauded by Robert Parker as ‘one of the greatest and most exciting young red wines’ he had ever tasted. Stories of the tiny yields (harvests never top 12 ha/hl), hand de-stemming, 200% new oak etc are legion, as is the legendary account of the shipwreck off the Azores in which the entire US consignment of the 95 vintage was lost, sending the price into the furthest galaxies. Prices now reach Petrus-like levels: the 2004 is over £1000 a bottle. Oak has been gradually reduced – in 2011 the wine will be aged in 100% old barrels for the first time. Sisseck told me he now believes too much use of oak is lazy winemaking – it should all be done in the vineyard.

Last night we saw Flor de Pingus (not a second wine) from 35-year-old vines as opposed to the 75-80 year-olds of the Pingus vineyards, and Psi, the result of a project by which Sisseck works with smaller growers to make ‘a low-intervention wine’ as Roberson’s notes have it. 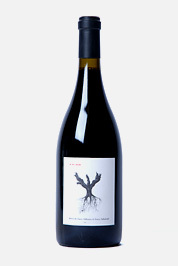 We also had two vintages of Hacienda Monasterio, the estate bought by a consortium in 1991 and revived by Sisseck, before he started Pingus. It sits in the ‘Golden Mile’ between the villages of Pesquera and Valbuena de Duero, a stretch that includes a roll call of Ribera vineyard aristocracy, with parcels going into Vega Sicilia, Abadia Retuerta, Alion, Pesquera and of course Pingus. Sisseck consults.

The first thing to say is that these are very good wines, as my notes should make clear. Only one of them (the egregious Amelia) I wouldn’t be delighted to drink and serve. The second thing to say is that they are very expensive wines – and there’s the rub. I have to say that if I had the choice between a £500 bottle of Pingus 1997 and a dozen venerable Riojas at half the price, the Pingus might come second. 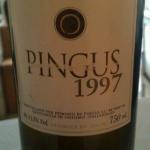 The 1997 is a lovely wine but it’s showing its age. The fruit is beginning to look tired, the tannins just on the turn towards dryness. By contrast, I had a 1959 Castillo Ygay some months ago, a wine which sells for just over £200 a bottle, which was ethereal, memorable, developing tropical fruit flavours, quince and jelly, with tannins gently ageing but without a hint of dryness – I can’t see the Pingus getting to that stage.

Likewise the £30 Psi. A competent wine but there are many Riojas or Tuscans or Cru Bourgeois that will offer more complexity, fruit and style for less than that. 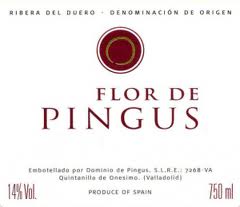 Icons are icons and cults are cults, of course, and you’re paying for the name and the pedigree, the age of the vines, and (dare I say it) the Parker encomium. Which brings me to Amelia.

This is a nano-cuvee of 25 cases, from a parcel of 100-year-old vines sold exclusively to America at about £250 the bottle. It tastes like a more over-the-top Cabernet from Santa Barbara, all creamy vanilla oak and overwhelming tannins. I’ll buy a case of it for anyone who could place it in Spain, or Europe, in a blind tasting.

All power to Mark Andrew, who bought the bottles we tasted back from the States in a suitcase.

What a fascinating evening it was. The verdict? Some superb wines but at the price, and for the cultish reputation, strangely underwhelming.

2008 Psi
100% Tinto Fino
Many more secondary flavours on nose – rot and earth – darker fruit with darker cherry and cooked strawberry flavours underneath – much more body, denser, more gripping tannins – elegant and fine but dry at the end. Seems to have more age than vintage would suggest £28.95

Flor de Pingus 1996
Lovely dried rose petal nose, pot pourri, delicious in expectation. Palate soft and wonderfully integrated in acid and tannin, all dancing on the palate in harmony. This is a wine in a minor key – fruit and acid and tannins are gentle and smooth. Not a blockbuster but delicate, pretty length. £95

Pingus ‘Amelia’ 2006
Dense blackcurrant  nose with creamy vanilla notes, unexpected in such a line-up. Tannins strong and very present, some alcohol burn on this. There is creamy delicacy throughout but it’s all a bit over the top. A very made wine, aimed squarely at the international market, meant to wow those with deep pockets from Seoul to San Francisco. Unsuccessful – the sort of wine you’d find in a tourist tasting room somewhere like Santa Barbara. £250

Pingus 1997
Fabulous meaty, truffly forest floor aromas. Really lovely delicate seductive nose. Full and delicate palate, very juicy, venerable (but should we say that about a 97 of this class?) Very pretty, sweet and still full of length and tannins. Wonderful but so developed – I wonder how it’s going to last?. £520