(see also my interview with Zelma Long on wine-searcher.com)

Zelma Long says she’s reading a book by furniture maker Peter Korn, called Why We Make Things And Why It Matters. ‘He talks about his craft and how he uses his heart, his intellect and his hands and how this fulfills a basic human need to exercise the emotional, the physical and the intellectual.’ She finds winemaking the perfect route to this rather practical karma.

The head, the heart and the hands. It’s tempting to stretch the analogy (possibly to breaking point) to see which of these roles is filled by the trio that founded Vilafonté. Long and her husband Phillip Freese met Mike Ratcliffe of Warwick Estate in Stellenbosch in the 1990s, and some time after that they decided they should make wine from the ancient soils of the northern flank of the Simonsberg Mountain. They bought 40ha in 1997, and planted to four Bordeaux varietals, leaving out Petit Verdot. ‘We knew the site would produce rich enough wines,’ Freese says.

They share out the jobs: Long is the winemaker, Freese in the vineyard, and Ratcliffe on marketing. They’re very good at what they do. Ratcliffe for one is a tireless ambassador for the winery, for Warwick and for South African wine in general. The fact he’s a born marketeer is evidenced by the tasting mat in front of me, where each wine is labelled with a two-word plug, ‘seamless and firm’ for the 2010, ‘balanced and expressive’ for the 09 and so on. I’d say he’s the head, in our (stretched) analogy.

Freese was Mondavi’s vineyard guru for 13 years, designed and planted Opus One’s vineyards next door, and likes his technological aids. He pioneered a ground-penetrating radar system called EM38 which detects variations in soil, they use the Leaf Water Potential measuring system, as well as deploying the Normalised Difference Vegetation Index (NDVI), a system developed by NASA, which uses satellite imaging to measure relative vigour of the vines. He has that rare gift of combining vast knowledge with an avuncular manner and an ability to explain complex subjects simply. Vine stress, he says, is a matter of ‘subjecting the vines a near-death experience without them actually dying. They’re psyched-out by that.’

Long herself is measured of speech and quick to laugh. Her career started in the late 60s with UC Davis, an internship with Mike Ggrich at Mondavi, an offer of a job, a decade there as chief winemaker, subsequently CEO of Simi in Sonoma, founded Long Vineyards with Bob Long, a host of international consultancies, together with Vilafonté. She’s now embarked on a PhD in performance art at Davis, because, she says, ‘If you’re a confident individual with an active mental capacity you need new challenges through your life.’

Vilafonté is a 42ha vineyard planted on ‘vilafonté’ soil, which according to Ratcliffe is one of the oldest soil types in the world, between 750,000 and 1.5m years old. ‘It has been stripped of much of its inherent capacity, with a low production potential.’

The vineyards are the highest-density in South Africa. Vines are stressed, berries are small and intensely-flavoured. ‘Smart wines,’ Robert Joseph said as we tasted. You have the feeling you’re in good hands. There was not a single disappointment in the ten-year line up. ‘We look for clarity and purity,’ Long says, and uses the rather lovely image of the ringing of a bell: ‘You get that brilliantly clear clear sound.’ And as with a bell, you know instinctively if there’s the tiniest flaw in the metal – a false note introduced in the clarity. There are none of those. Take the 2007, and early-ripening, low-sugar year, 74% Cabernet Sauvignon. At first you wonder where you’re going as your palate deals with the structure – the insistent tannins and bold acidity – then you catch glimpses of fruit, and you realise where you are, and can see the life ahead for the wine.

Structure, elegance and purity of fruit characterise the wines. There is considerable vintage variation both in fruit character and tannic and acidic levels, as well as grape proportions. Cabernet Sauvignon is always the majority of the blend, but it can be as low as 51% (11) and as high as 75% (10).

These are smart, modern (in terms of their structure), beautifully-made, serious wines, and they are astonishingly cheap, at less than £35 for later vintages. Wines of this quality, of this pedigree, from Bordeaux, or Napa, or, increasingly,  Sonoma, or Tuscany, would be twice, three or four times the price.

Vilafonté is a work in progress. The vineyards are getting older and are becoming ‘more balanced’, Long says, ‘and we have become more expert. We have learnt how to work with the tannins, to refine the structure. We feel we are beginning to master this site.’

The wines
Available from Fells,  Coe Vintners, theDrinkShop.com, Sawinesonline.co.uk and extensively in the United States. From £35 bottle 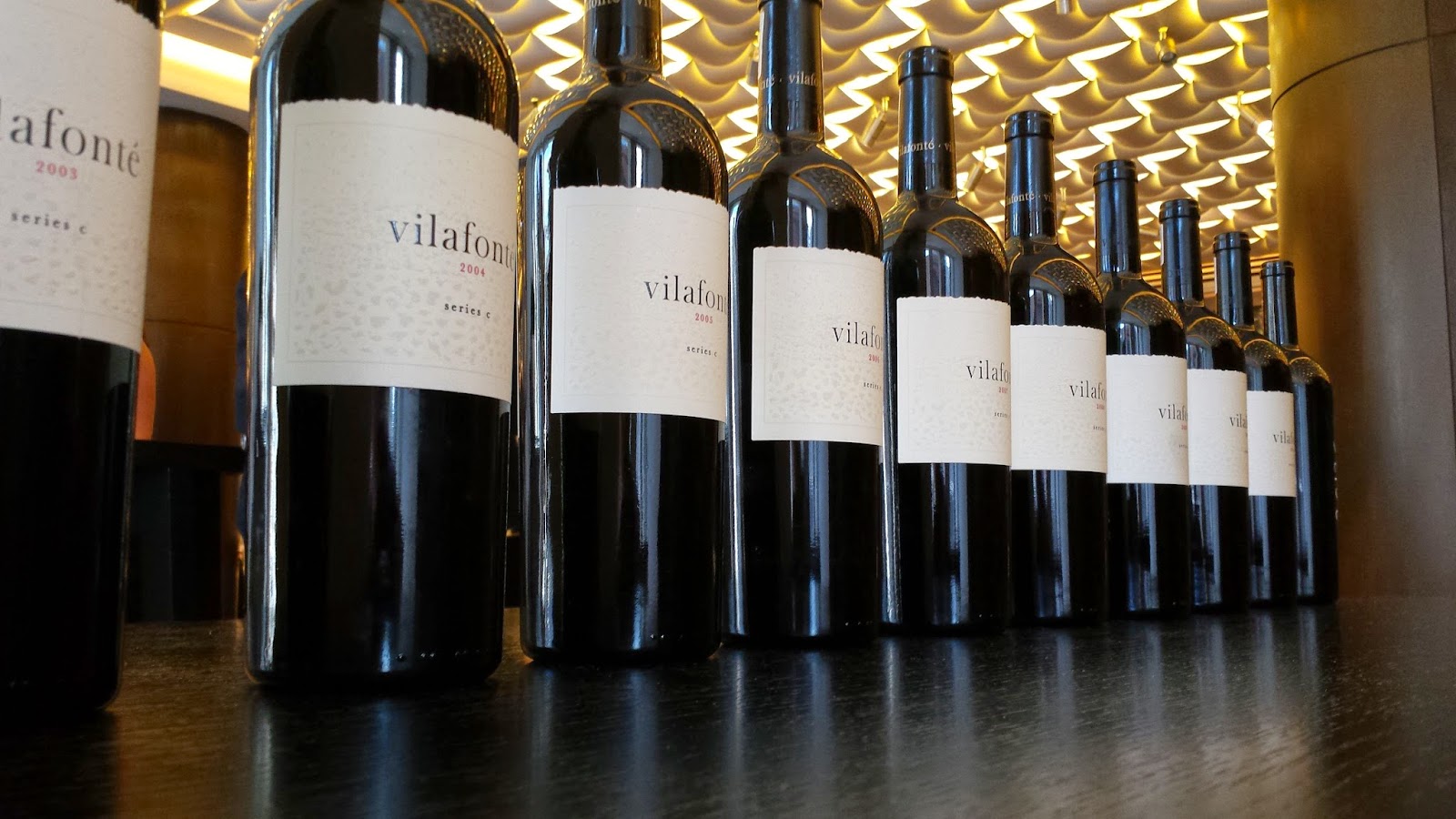 Vilafonté series C 2010
75% Cabernet Sauvignon, 10% Merlot, 10% Cabernet Franc, 5% Malbec
Hint of chlorine and salt on nose, tannins have robust sour edge, more lick of sloe and salted plum, then hay-juice and tobacco juice, leaving impression of soft old wood at end. ‘When I made the blend for this I thought it would be the finest Bordeaux blend I had ever made. I don’t think it’s there yet. It’s very tight and compact and unevolved.’ (Long)

(see also my interview with Zelma Long on wine-searcher.com)