How to make authentic Paella Valenciana 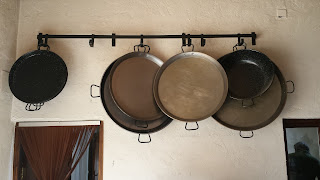 This is Paella Valenciana, as made at Bodega Mustiguillo in Utiel Requena. Inclusion of other ingredients such as mariscos (seafood) or caracoles (snails), chorizo etc is allowed but it then ceases to be authentic. 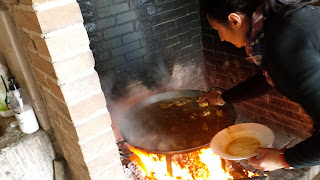 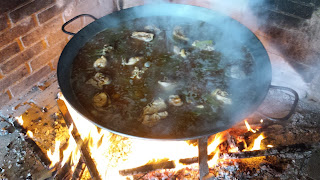 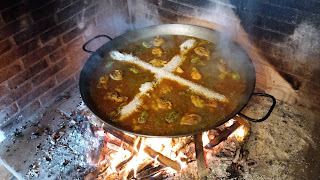 Notes:
1. The paella is the pan as well as the dish, from the Valencian/Catalan word which derives from the French paelle, which in turn comes from the Latin patella, akin in turn to the Old Spanish padilla.
2. A. Habbaba, agricultural section head of Icex, told me there is also a view that the word derives from the Arabic bakaia meaning 'leftovers'
3. The word paellera for the pan is approved by the Real Academia Española, though purists dislike it.
4. Valencians eat paella several times a week. When I visited Mustiguillo, owner Toni Sarrion told me he had not had one for four days, and he was feeling it 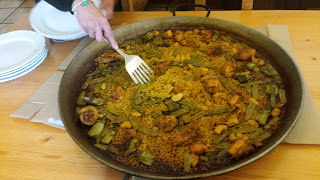